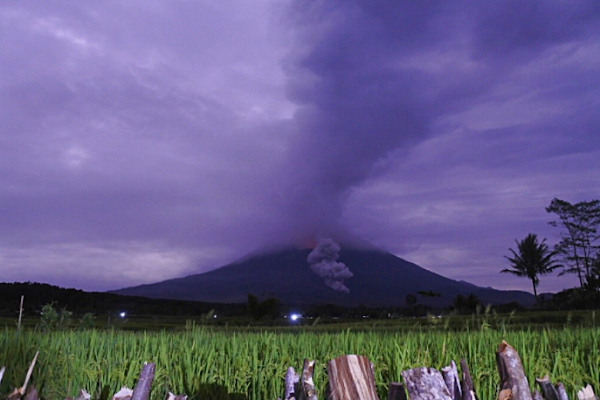 Volcanic materials spew from the crater of Mount Semeru in Lumajang on Dec 1, 2020. (AP pic)

JAKARTA: A volcano in Indonesia’s East Java province erupted on Saturday, spewing ash and smoke as high as an estimated 5.6km into the sky, according to data from the geological agency at the country’s energy ministry.

Indonesia has nearly 130 active volcanoes, more than any other country, and while many show high levels of activity it can be weeks or even months before an eruption.

The country’s disaster mitigation agency did not immediately respond to a request for comment on the possibility of evacuation.

Other volcanoes, such as the Merapi volcano on the island of Java and Sinabung on Sumatra, have shown signs of activity recently. - Reuters